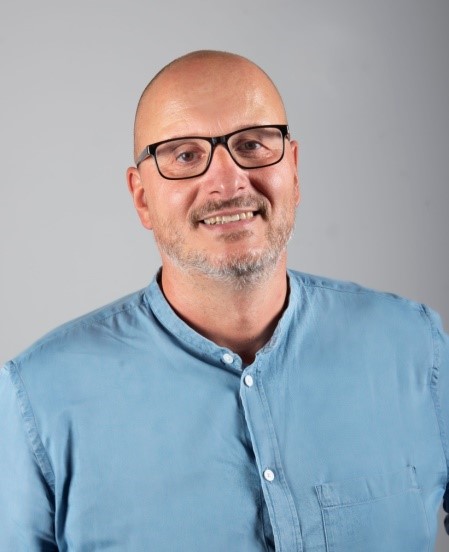 Studied Sociology at the Faculty of Philosophy in Belgrade, graduated from FDU.

For his documentaries and experimental films, he has been awarded at film festivals.

Some were shown on national TV-RTS, as well as in various authorial and national retrospectives in the country and abroad.

Experimental film Death of a Metallosaurus shown during the largest retrospective of the Experimental Film of Eastern Europe 1960-90. at the National Gallery of Art in Washington DC, USA, 2014 and Brooklyn Academy, New York, USA 2015.

Goran Radovanović was born in Belgrade in 1957. Graduated art history from Belgrade’s Faculty of Philosophy in 1982. Between 1977 and 1980 he sojourned in Munich on a scholarship awarded by the Goethe Institute. After his return to Belgrade, he has worked as writer and director of both feature and documentary films.
He is a member of the European Film Academy, Berlin and Film Artists Association of Serbia.

Jelena Gavrilović was born in 1990 in Belgrade. She is currently on the final year of Film and TV directing studies at Faculty of Dramatic Arts in Belgrade. Her film Boys, Where are You was screened at numerous international film festivals and won several awards, including Silver Egg at Kustendorf 2012, Golden medal for short fiction film at Belgrade short and documentary film festival, the Best Short Film award at goEast Wiesbaden and Crystal prism for best short film in 2013. Her next film, Something Sweet, was made within the Sarajevo City of Film project and it won British council award at Sarajevo film festival. In 2013, she directed 26 episodes of the first Balkan web series called "JustSaying", which won International Press Academy award (Satellite award) in Hollywood, in the category of Original new format. Filmography: Boys, Where are You (2011), Bibi (2011),  Something Sweet (2012), I Am Not Your Friend (2013), "JustSaying" (2013)

Maja Miloš was born in 1983. She graduated from the Faculty of Dramatic Arts in Belgrade, department of film and TV director, 2008. Her short movies „Interval“ and „Si tu timazin“ are shown at festivals in Serbia, Macedonia, Germany, Netherlands, Finland etc. She created the movie „Klip“ in 2012. This movie brought her a lot of awards. The most important is award „Tiger“ for the best movie at the World Festival in Rotterdam. Maja Miloš also was a screenwriter for this movie. This young lady is known for uncensored presentation of life.

Darijan Mihajlović was born in 1972. He graduated from the Faculty of Dramatic Arts in Belgrade, department of theatre and radio directing. He was art director at „Dadov“ theatre from 1994 to 2000. He is an assistant at Faculty od Dramatic Arts in Belgrade. He has won a lot of awards. He directed many theatre plays. He is author of two drama texts. He directed a musical „Na slovo, na slovo“  in the Theatre at Terazije.

Igor Turčinović was born in 1972. He is an actor and producer. He graduated from the Faculty od Dramatic Arts in Belgrade, department of film and theater productions. His biography includes many film and television projects. He won award „Luconosa“ for producer of the year in 2006/2007 and award „Fipresci Serbia“ for the movie „Sedam i po“. He is also known for movies „Mamaros“ and „Cekaj me, ja sigurno necu doci“. He is „project manager“ in Serbian Film Center from 2005. He represented this institution at the Cannes Film Festival 2005.

Momčilo Moma Mrdaković was born in 1953. He is an architect but he dedicated his whole life to movies. In his 60th year he made his first movie „Mamaros“ which brought him international fame. He also wrote the screenplay for this movie. „Mamaros“ won a lot of awards, including the award for screenplay at International festival of war movie in Tula, Russia. This movie is the first Serbian movie whose rights for television representation in 37 countries repurchased famous american television HBO.

Marko Stojanović was born in 1971. He is a Serbian actor and founder of World Organization of Pantomime. He is also a president of National Association of Curling in Serbia and current director of the Belgrade Youth Centre. He graduated from the Faculty of Dramatic Arts, department of acting. Specialistic education he completed in International School of Pantomime Marcel Marceau in Paris, 1994. His most famous roles are in TV series: „Srecni ljudi“, „Kafanica blizu SiS-a“ and „Bunga banga re“.