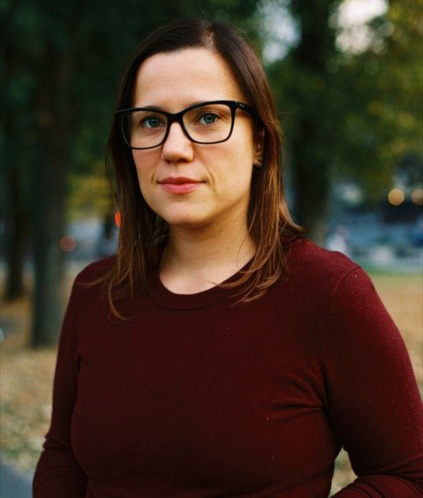 Marija Stojnić,  is a director and producer of documentaries that intertwine with other art forms. Her debut feature documentary “Speak to See You” premiered at the IDFA (First Appearance Competition ’19) festival in Amsterdam and the MoMA Museum (Doc Fortnight ’20) in New York, winning the Grand Prix in the national competition at Beldocs 2020 , winner of the international competition of the CaracasDocs festival in Venezuela and St. Andrews Festival in Scotland etc.

After studying in Belgrade (Academy of Arts) and New York (MA Media Studies, The New School), she worked on documentaries and feature productions in America. In 2016, she opened her own production company Bilboke in Serbia, and since 2019, she is part of the collective behind the Belgrade production company Set Sail Films.

She is a member of DokSrbija, a scholarship holder of the New York Foundation for the Arts (NYFA) in 2015 and the Sacatar Institute for Film and Media 2017, then an alumna of the IDFA Academy 2017, IDFA Summer School 2018, and Berlinale Talents 2022.