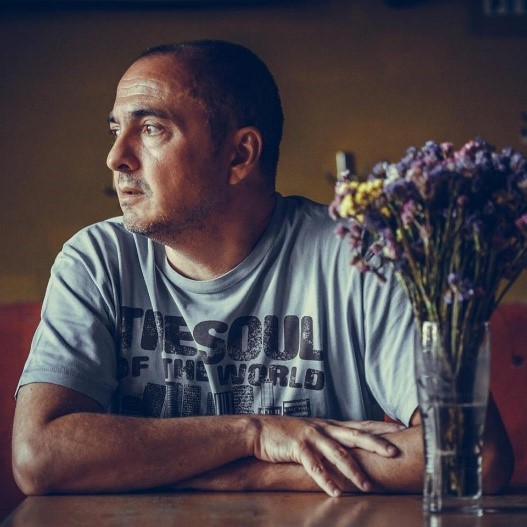 Janko Baljak, (Belgrade, November 21, 1965) is a Serbian film and television director. He graduated from Film and Television Directing at the Faculty of Dramatic Arts in Belgrade.

His first short feature film Due to Reasonable Doubt was shown in 1986 in the official selection of the Festival of Yugoslav Documentary and Short Film Feature Film.

During the studies he directed a part of the feature omnibus film What Are You Doing Tonight ( Perfect Pitch) . This film officially closed the Yugoslav Film Festival in Pula in 1988. The Story of Absolute Hearing was represented by the Faculty of Dramatic Arts at the World Festival of Film Schools in Munich in 1988 and in the selection for the Eighteenth Oscars for the best student film of the non-Anglaic speaking field. The same film enabled him to take part in the First European Summer Film School in Belgrade in 1989. The selection was made in London, and the lecturer of twelve of the best students was director Istvan Sabo. His documentary Derby represented the work of this school at the Montreal Film Festival in 1990. Graduation, TV drama The long life of the couple, Kos, came across an excellent reception for audience and criticism. It was bought by French television.

He is the author of a dozen shows of the cultural and artistic program TV Belgrade.

He is one of the founders of the film and TV production of the independent Belgrade radio B92, in which he produced a series of documentary films that were successfully presented in our country and in the world and won multiple awards.

He is a full-time professor at the Faculty of Dramatic Arts in Belgrade https://www.fdu.edu.rs/   , teaching a documentary film.

From 2009-2014 he was artistic director of the Belgrade Festival of Documentary and Short Film http://martovski.rs/en/  , one of the oldest film festivals in Europe.